DRAFT: ForgeFed comes back to life

ForgeFed, the project defining the ActivityPub vocabulary for software forges, came back to life in May 2022 after a year of hibernation. Community members from forge related projects such as forgefriends, Codeberg, ForgeFlux and Gitea came together and gave it a new home at https://forgefed.org. 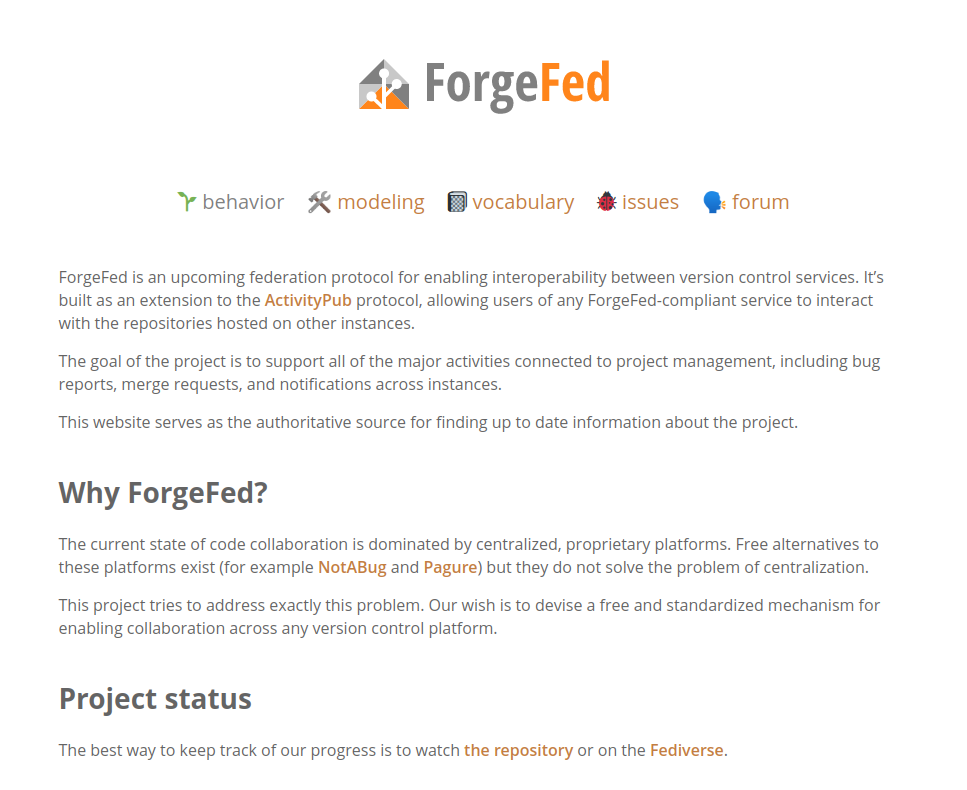 A first proposal to adapt the specifications to match requirements that emerged in the past year was open for discussion. It is expected that more will follow, so that the ForgeFed vocabulary adapts to practical use cases.

The revival of ForgeFed took a very long time because offers to help sent in July 2021 up to January 2022 went unanswered. In the meantime resources associated with the project started to degrade. For instance the messages from the forum were permanently lost when feneas.org closed shop. This was a powerful motivation for interested people to unilaterally takeover the maintenance. But the ForgeFed funding plan was not completed yet and the maintainers could still be paid by NLnet until October 1st, 2022 to resume the work and the status quo continued.

However, in April 2022, the ForgeFed maintainer agreed to share the maintenance. They went silent afterwards but it was enough to motivate a friendly takeover proposal that led to the revival of ForgeFed a few weeks later. In order to avoid another ice age in the future, a new governance is being discussed. It should reassure everyone that progress won’t ever be blocked again should someone become unresponsive for an extended period of time.