Federated social networking toolkits for communities and individuals
to design, operate and control their digital lives.

Bonfire has plans to incorporate ForgeFed: 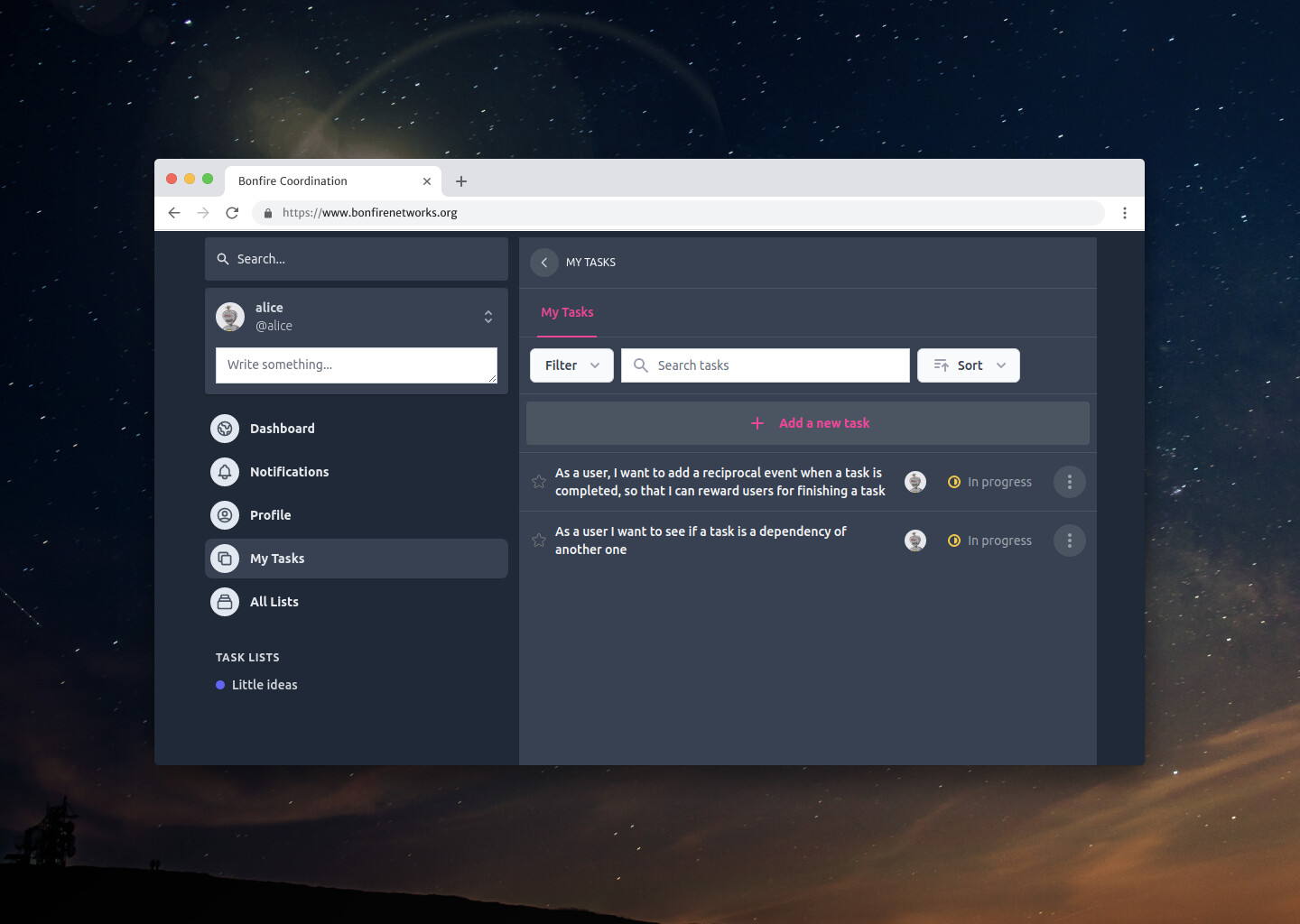 Besides ValueFlows, we plan to participate in the ForgeFed effort.

ForgeFed is an upcoming federation protocol for enabling interoperability between version control services. It is built as an extension to the ActivityPub protocol, allowing users of any ForgeFed-compliant service to interact with the repositories hosted on other instances.
The goal of the project is to support all of the major activities connected to project management, including bug reports, merge requests and notifications across instances.

Given that we are coordinating our development using this tool, it makes sense to connect the dots between issue reporting and work coordination, code contributions (version control and merge requests) and economic contributions (along with the related value calculations). We hope to implement ForgeFed functionality to do more of this and interoperate with other tools in the near future.