Please be short and to the point in your answers; focus primarily on the what and how, not so much on the why. Add longer descriptions as attachments (see below). If English isn’t your first language, don’t worry - our reviewers don’t care about spelling errors, only about great ideas. We apologise for the inconvenience of having to submit in English. On the up side, you can be as technical as you need to be (but you don’t have to). Do stay concrete. Use plain text in your reply only, if you need any HTML to make your point please include this as attachment.

Badge Brainz: a simple Open Badges issuer Making it easier to issue badges using systems you know and trust Short URL: https://bit.ly/3B63IBy Context and rationale If you’re an organisation that wishes to issue hundreds of badges for...

Abstract: Can you explain the whole project and its expected outcome(s). (1200 characters)

Open Badges is a technical specification for the exchange of web-native digital credentials. It was invented and incubated by the Mozilla Foundation and is now stewarded by 1EdTech (formerly IMS Global Learning Consortium). This project will create an extremely easy-to-use badge issuer based on claim codes in an aim to dramatically increase the number of badges that are issued for recognition of informal and non-formal learning. An outline for how this process will work is outlined in the link given in the Website / wiki box.

Once the MVP of this core functionality is complete, we will test it with relevant parties, and then create plugins for WordPress and Drupal. The final stage of the project involves improving the MVP as well as the plugins to ensure that the UX, security, and compatibility between systems is robust and seamless.

In addition, and if we have time, we will begin efforts to create an extension for the NLnet-funded Bonfire project. This is due to our close links and prior working relationship with the team, as Doug was Product Manager of MoodleNet, the core of which developed into Bonfire. He has provided support around user research for the project recently.

Have you been involved with projects or organisations relevant to this project before? And if so, can you tell us a bit about your contributions? (1200 characters)

Doug has been involved with Open Badges 2011 and was the Mozilla Foundation’s Badges & Skills Lead, before helping City & Guilds (a UK awarding body) kickstart their journey towards being a major issuer of digital credentials. Doug is a co-founder of We Are Open Co-op [https://weareopen.coop], a member of the CoTech network [https://coops.tech]. WAO works organisations large and small at the intersection of learning, technology, and community.

David has an extensive background both as an educator and technologist. He helped start FutureLearn, designing and building robust digital assessment and credential systems, and has advised OpenClassrooms, and Coursera on the same. As a strategy consultant, he has worked with Google, Apple, and Wikimedia Foundation, helping them structure and present their open, technological, and educational offerings to the world.

Stephen is co-founder of The Developer Society [https://dev.ngo], also a part of CoTech, and the world’s first not for digital agency run by and for the not for profit sector. He works with NGOs and groups with a progressive mission to help make the world we live in a better place such as Oxfam and Save The Children.

The budget requested will cover the team’s time developing and promoting the project through five milestones over the next few months:

We do not have other direct funding sources for this project. This initial stimulus should be enough to set up the project and enable us to gain enough momentum to achieve:

On-going hosting costs are likely to be minimal as we will be distributing code through Open Source channels. However, we will host a neutral central implementation of this platform with a commitment to host badges for a minimum of 5 years sans further financial support.

Compare your own project with existing or historical efforts.

Issuing badges for top-down, credential-like activities is straightforward to do via accredited badge issuers. However, potential issuers of badges for community recognition activities are underserved. This is particularly true for those who would like to issue badges via FLOSS software that can be run on their own terms.

WordPress plugins for Open Badges are either out-of-date or merely provide a hook into larger, incumbent systems. There are several Drupal modules for Open Badges, but none seem to be maintained.

Perhaps the easiest-to-use badge issuing platform was WPBadger, a plugin developed by a member of the community while they were a graduate student. Changes to the Open Badges specification and WordPress updates led to the plugin being abandoned.

The biggest pain point in the ecosystem is claiming a badge based on evidence, as claim codes are often a ‘premium’ feature. This project will create a simple workflow for badge claimants and issuers which is platform-agnostic, and therefore available as a plugin to FLOSS systems such as WordPress and Drupal.

What are significant technical challenges you expect to solve during the project, if any?

Our initial experiments suggest that the workflow outlined at the Website / wiki link should be relatively straightforward to acheive given the maturity of the Open Badges 2.1 specification. The most challenging part of the project will be creating the plugins for WordPress and Drupal, and keeping up-to-date with changes required to their system during their rolling update cycles.

In general, however, this should be a relatively straightforward project from a technical perspective. Should we take the extra step during the funded period to develop a Bonfire extension, we would team up with Mayel and Ivan to figure out how this might work (and wireframe it collaboratively).

The only potential technical hurdle is in terms of subsequent versions of the Open Badge specification (e.g. v3). These contain several conceptual leaps tied to pending W3C recommendations. A decision will have to be made to a) target v2.1 exclusively b) track the specification as it matures or c) target v2.1 but taking the more solid elements of v3 into account.

Describe the ecosystem of the project, and how you will engage with relevant actors and promote the outcomes?

Doug is extremely well-connected in the Open Badges ecosystem. In fact, as this call closes, he will be in the US presenting and running workshops at The Badge Summit. There are a number of initiatives and organisations that could use the outputs of this project immediately, especially those who do not have the budget for commercial players or bespoke consultancy.

WAO is currently working with the LocalGov Drupal project on community engagement, and we have already agreed to experiment with Open Badges. The workflow provided would be perfect for this project and could serve as a case study. As maintainers of a community for Open Badges ‘OGs’ we are immediately in contact with influential figures who have been part of the landscape for over a decade. We would not only utilise our networks to promote this project, but theirs as well.

We will continue to work in the open on this project, licensing it using the AGPL in an attempt to fend off bad actors and grow a community of people looking to issue badges quickly and easily for Open Recognition. 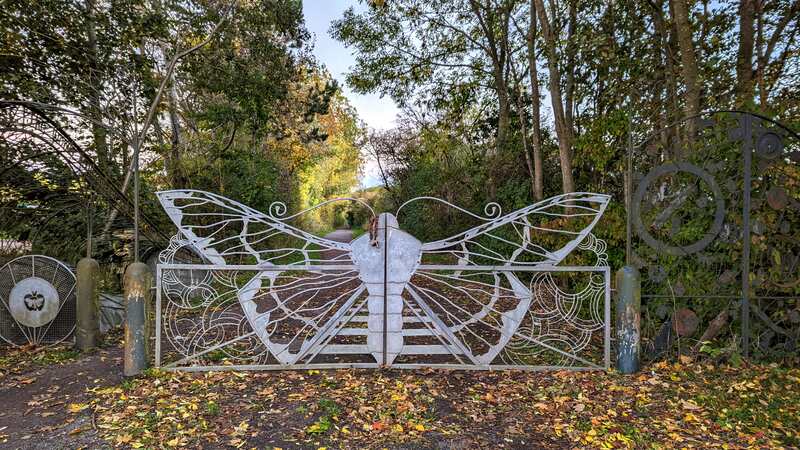 What I've been up to this week.

Hearing back about funding — NLnet didn’t want to fund development of Badge Brainz (a prototype of which is at badge.supply).