Proposal to setup a monthly report and meeting about forge federation

Proposal to setup a monthly report and meeting about forge federation...

Bonjour, The https://federproxy.eu project is about creating bridges between software forges. Monthly updates were published since the beginning of the project and a videoconference also happens a few days later for developers and any interested...

@aschrijver the proposal did not trigger any response. I’m not surprised since the gitea forum is not very active. I’d like to make an effort to advertise this a little more so that developers and users are interested to attend. The general idea is to make it a forgefriends / gitea monthly event focused on federation.

Do you have a suggestion on how to approach this?

I think my advice is more of a general one. Imho the Achilles Heel of forgefriends is on productization, community-building and advocacy. Everyone - when they first hear about the idea and concept - is very excited. As they should be, because the concept ‘kicks the lama’s ass’. Yet generally they don’t come on board. These things need a lot of time, attention and effort, and it is all non-coding work mostly.

Am afraid I have to mention the ‘PR + marketing’ words again, that you so hate

But it is a “Use the Force, Luke” good kind of activity in this context.

If I look at the post title “Proposal to setup a monthly report and meeting about forge federation…”, that is a bit… umm, not exciting. And in the text “The Gitea community is also interested in creating federated forges and this led to a few areas where both forgefriends and Gitea worked together…” there’s modesty, but missed marketing opportunity.

Is it really true that Gitea and forgefriends came to federation independently? And I mean acting on it, not with some issues in the tracker. No, I think the fact that strides were made are entirely due to the efforts that you and @pilou put in and the money you graciously set aside.

Think about the importance for Gitea. A forge feature that no other forge has and delivers a ton of value to the Gitea project! It is an absolute Unique Selling Point that allows knitting all those solitary gitea island that exist everywhere - unseen or forgotten - together.

So forgefriends is not a commercial DAPSI participant, so you don’t need to focus on product/market fit and all that jazz. But in this second stage you could dedicate to focus on materializing the value for the commons. What I would do wrt getting this up and running is:

BTW, the first meetup I would make a general webinar aimed at informing the broader public about what forgefriends and gitea are working on, with the purpose of giving the people a jolt and a boost and hand them a call to action that is irresistable

Great analysis and direction for actions, as always

Imho the Achilles Heel of forgefriends is on productization, community-building and advocacy.

If I look at the post title “Proposal to setup a monthly report and meeting about forge federation…”, that is a bit… umm, not exciting.

Yeah. I wrote that, I should know. I do spend time on community-building and advocacy but I have to admit it is not my strong suit. You are way more effective than I am. Maybe one day there will be a third (or more) person interested in working on community building & marketing.

What I would do wrt getting this up and running is:…

Great checklist, I love that. Even though I’m not the best person for the job, it will allow me do my best in a concrete way.

BTW, the first meetup I would make a general webinar aimed at informing the broader public about what forgefriends and gitea are working on,…

I’ll do that, this is an excellent idea. My next action item will be to prepare an agenda for this webinar. I’m tempted to bootstrap this discussion on this forum rather than gitea’s forum. Unless you think it would be an obstacle to the participation of gitea community members?

I’m tempted to bootstrap this discussion on this forum rather than gitea’s forum. Unless you think it would be an obstacle to the participation of gitea community members?

Think that would probably be best. And new members can then familiarize themselves with forgefriends and more likely to jump in.

So the topic would be something like “forge federation, what’s going on and where is it heading?” One hour? Recorded? I can present a few topics (I like the “5 minute” format) but it would be best if I was not the only one

Should people be recruited? Would you be interested in presenting on a particular topic?

I think that the format should depend on outcome of the discussions you’ll have prior to this with Gitea and Codeberg. I think the 5min. format is short. Maybe a 15 min. introduction with slides. Would be great to have something to demo after that, if only a wireframed concept for how one will experience the vision at the outset, and where it may evolve too. Might try to get some brainstorm be part of the exercise. Involve the participants. And end with something that encourages people to hop onto the community. Might announce a hackathon, or other follow-up event. It might have a prize for the winner to make it extra interesting.

Some real prep work may make this a rocking event. Might get a graphics designer interested to create diagrams and UX designs, etc.

“Forgefriends and Gitea: Forge federation and the radical shift to Social Coding”

Note that with “Social Coding” there’s another huge ‘marketing’ opportunity. It is a paradigm shift and no one considers coding like this, right now.

I prefer to be a watcher, as I am a much better writer than public speaker, but I can help along the way.

Some real prep work may make this a rocking event.

Do you have a ballpark idea of how many hours it will take to organize and prepare this webinar?

I prefer to be a watcher, as I am a much better writer than public speaker, but I can help along the way.

And your help is

Do you have a ballpark idea of how many hours it will take to organize and prepare this webinar?

Not really. I’d say first things first, and see what Gitea and Codeberg think of all this, and what help they may be able to provide. Then it also depends on whether you find e.g. a UX volunteer or something like that. Btw, for the prep you can do some pre-work in the open with a wiki post or etherpad somewhere and asking people to work on it.

Let’s try to reverse plan based on the available workforce then. With my current duties (mostly coding), I can spare at most one day per week (8 hours) on this particular topic. If the goal is to have a webinar around mid-january, that’s a total of six weeks, i.e. six days of work. In addition you’re available for guidance and usually responsive within 24/48h. It will probably take you around 30 to provide guidance for 8 hours of work (steering the effort in the right direction, in case it does not go in the right direction). Noone else volunteered so far so, let’s assume that’s there is. Going back to your bullet list,

It looks like the most sensible way would be to tackle the “Sell” the vision of forgefriends part. I’m very uncomfortable doing that, as you very well know. It is obviously necessary. And also obviously not my area of expertise. The efforts I’ve done so far in this direction are, to put it mildly, amateurish and ineffective. I will keep at it but I have to ask myself: why would I do better in the future than I did in the past?

This is more of a brain dump than anything. Or maybe I’m procrastinating. In any case I’ll decide how to spend these six days of work before the end of the week. The worst that can happen is that it will be a meeting that does not attract many people but is informative and useful anyways.

It might be that we create just a number of bullet points that summarize the vision, some arguments on the importance for Gitea / Codeberg, and yet some more bullet points sketching an idea for an elaboration, and then get a preliminary vidcall up with people from both orgs, gauge opinions / situation, collect feedback and then prepare a second call for more concrete planning.

Now that there are four people working on federation on Gitea, I revived the original thread. 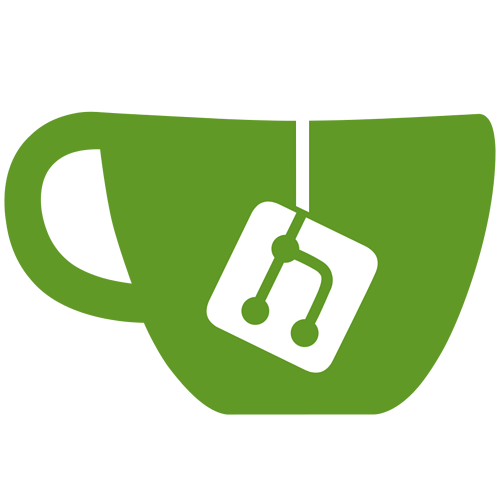 Proposal to setup a monthly report and meeting about forge federation...

@zeripath @KN4CK3R @techknowlogick since we’re all going to work on code implementing federation in Gitea, at least until October 1st 2022, I propose to get together once a month during one hour to get in sync. I’m volunteering to do the legwork,...

Even though ForgeFlux isn’t directly working on Gitea, for interoperability reasons I want to track Gitea’s plans and progress.

I’d appreciate if you would kindly ping me when such meetings are organized.