Lost in translation - writing in your own language

It took me a very long time (more than a decade) to improve to the point where I’m pretty sure that (i) the vocabulary I use conveys the meaning I have in my head (ii) the grammar is good enough.

In the context of forgefriends I have the privilege of interacting with people much younger than me. Some of them have an impeccable English and others remind me of myself, back when I routinely used eventually instead of possible because the French equivalent sounds very similar although it does not mean the same thing at all (éventuellement). Even automated translators such as https://libretranslate.com/ do not make that kind of mistake. 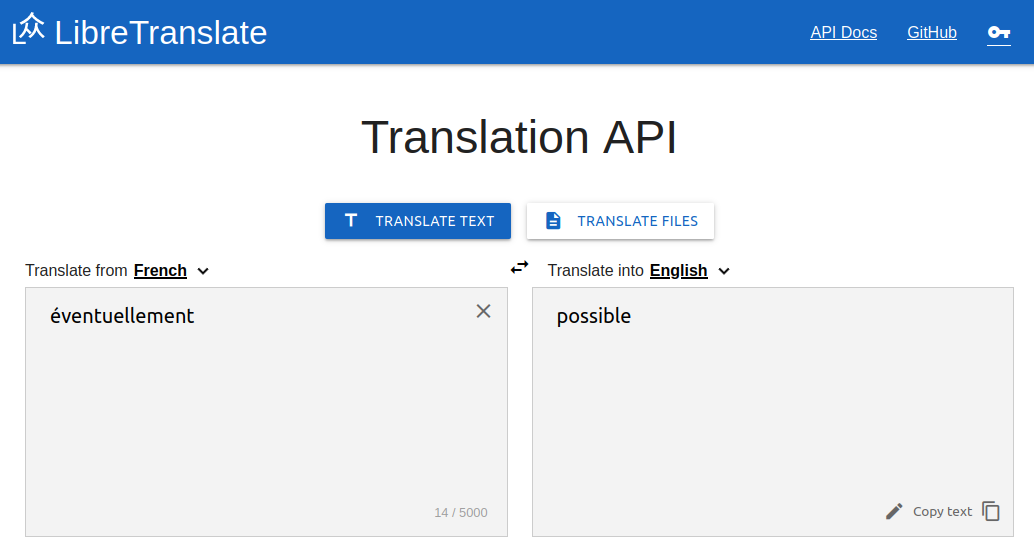 When discussing with my good friend Ethan today, an idea for a way to improve communication in Free Software projects in general (and forgefriends in particular) emerged. Given that the vocabulary and grammar used when conversing about a bug report or a pull request is rather simple, maybe an automated translation would do a better job in some cases.

So we agreed to engage in an experiment where Ethan would contribute to a project in forgefriends by writing in his native language and I would use https://libretranslate.com/ to translate and write back in the same way. The expected outcome is that it works just fine and we’re not left puzzled by the interactions.

If the experiment is a success, I intend to try and use the same method to contribute to an actual Free Software project by writing in French. As if my English was as bad as what it was when I was a student. That will open new horizons for me because not all Free Software projects use English to communicate. One could argue that the additional copy/pasting it requires is going to be such a burden that I will give up. And I probably will

But https://libretranslate.com/ is Free Software and can be self hosted, embedded in software forges even. It could eventually (or is it possibly

?) become something that seamlessly does the copy/pasting for me.

But let’s not get ahead of ourselves and start the experiment first!