This is a draft blog post to be published on the respective blogs of the organizations and projects it relates to.

Researchers are required to publish their discoveries in a way that allows their peers to reproduce their results and independently confirm the results. A notion that is uniquely challenged in the field of Artificial Intelligence when it is threatened by software patents or based on opaque proprietary software that cannot be conveniently shared or studied. Even after overcoming these obstacles, there remains an ultimate problem: preserving the proof of a new theory or algorithm.

The Center of Excellence in Artificial Intelligence and Robotics is committed to preserve the software produced by its students and researchers for the generations to come. To achieve this goal it should be stored on a platform that is not controlled by a single company which rules out GitHub or GitLab. When the article published was drafted on a wiki page, when the failed attempts that ultimately led to a discovery are stored in issues and pull requests, the software is only the tip of the iceberg. The software that goes with the research is not only Python or Go files: it is the entire software forge itself, with the continuous integration that contains the essential steps that allows other universities to confirm the results.

Easter-Eggs is located in France where it became mandatory (as of December 2021) for all public institutions to implement a “Data Management Plan” so that data is not lost, which involves software in this context. With decades of experience in Free Software services and data storage, it is in a unique position to provide assistance to help governmental agencies with this transition. It anticipated this evolution and is actively cooperating with Software Heritage for which they designed an original peta scale storage system.

Three Free Software projects emerged in 2021 to tackle a problem that eluded the software forge industry for the past two decades: the isolation of software forges. ForgeFlux and Forgefriends are committed to bridge communications between forges and Hostea is going to facilitate the reproducibility of an integrated software development environment including the forge but also CI etc.

The Center of Excellence in Artificial Intelligence and Robotics, Easter-Eggs and the people working on ForgeFlux, Forgefriends and Hostea combine their expertise to experiment and pioneer federated software forges that can be easily self-hosted. It will allow the forge where the research happens to be continuously replicated over the world, in no risk of being lost. It will accelerate research as brilliant minds won’t waste their time manually assembling software but instead rely on a reproducible software stack.

@realaravinth do you think this blog post could be published on this page as a first entry to the Update section? 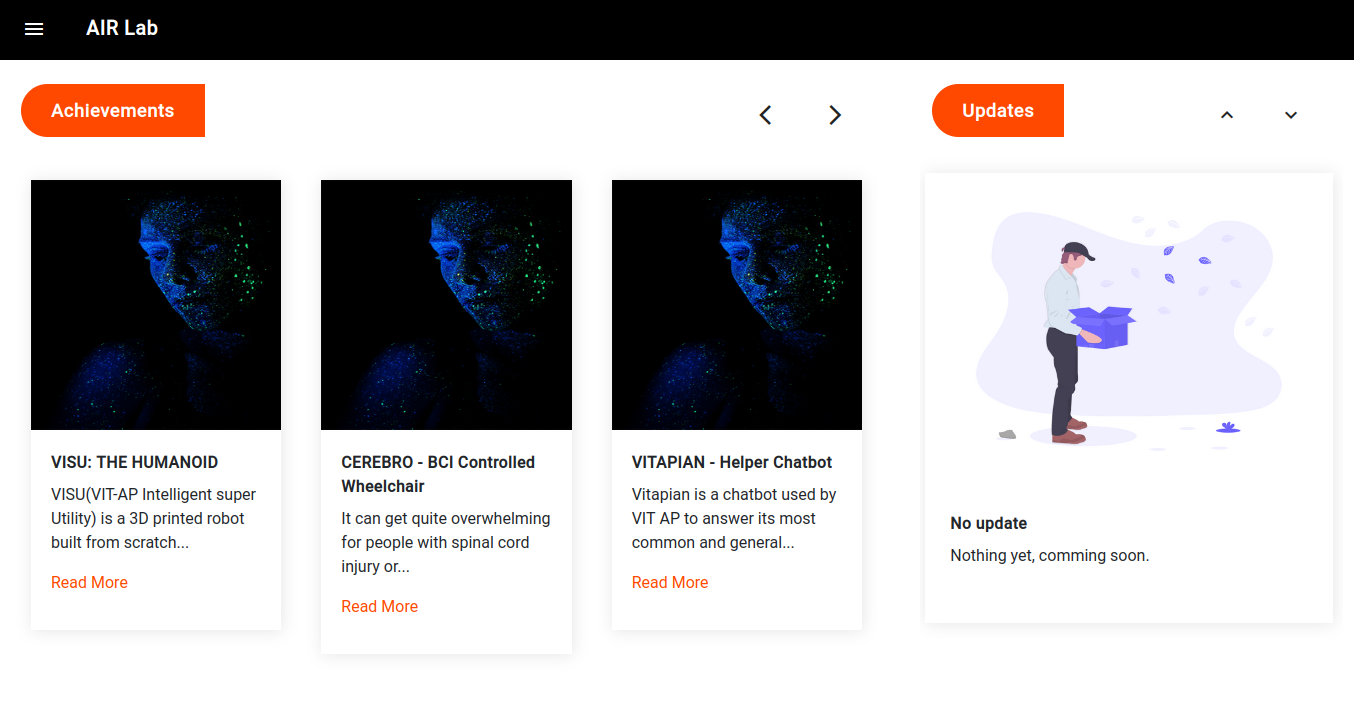 Yes, it should be possible.

Maybe there is another URL more suitable?

I’m not aware of it, but I will discuss it with Prof. Sibi and let you know

Hello and apologies for the day. My computer’s been broken since the forgefriends meet.

@sibichakkaravarthy and I are taking steps to gain access to the AIR center webpage on vitap.ac.in. This blog post will be published on there while a subdomain on vitap.ac.in can be provisioned.

A gentle ping to know if there are updates on this.

A blog-like structure is being developed in the AIR subdirectory on the Uni’s homepage, I’ll gently remind @sibichakkaravarthy again.

A gentle ping to know if there are updates on this.

It is taking longer than anticipated

I pinged @sibichakkaravarthy, he said it will be up by the end of the week:

Prof. Sibi: Aravinth…give this week time… I’ll some how host the CoE page in online. Either as subdomain under vitap.ac.in or new domain
Prof. Sibi: citing back vitap.ac.in

update: we received approval from university administration to create a subdomain for CoE and are in the process of setting up a website.

Apologies for not reporting earlier.

https://coe.pages.dev/ is deployed, and we’re waiting on the university IT to create subdomains on the official domain.

I pinged @sibichakkaravarthy, he said he hasn’t received a response from the Uni for his request for a subdomain.

Do you think it is a matter of time? There is no urgency. These things may take a very long time to become a reality

Do you think it is a matter of time?

Yes, of course. Prof. SIbi agreed to publishing the article but the logistics behind publishing it is very complicated.

I have no idea how such things work in my university. I will try to publish it in the staging website. It doesn’t have a blog/announcement section yet, so it will take me 2-3 weeks to get it done.

Did it make progress? It’s not a problem if it did not, I’m just interested

I don’t have much to report, unfortunately. Created a PR to publish this post on the repository that publishes to coe.pages.dev.